Live With Kelly: Chris Hemsworth, Snow White and the Huntsman

On Friday, June 1, 2012, Live With Kelly will welcome actor Chris Hemsworth, who is promoting his new film Snow White and the Huntsman, also starring Kristen Stewart. Chris is fresh off the success of The Avengers, where he reprised his role of Nordic Superhero Thor. Chris, a busy and much sought after new face in Hollywood, also starred in the critically acclaimed horror film The Cabin in the Woods earlier this year. 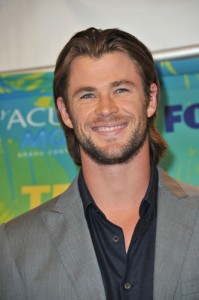 Chris will discuss his role as the Huntsman in his new film, and maybe talk with Kelly about being a new dad– Chris and his wife recently welcomed a new baby girl.

Joey Lawrence is already a television icon, having worked as an actor since he was barely out of diapers. He is well known for his role as Joey Russo in Blossom,  which made him a ’90s teen heartthrob, and for starring with his two brothers Matt and Andrew on Brotherly Love. He will chat about his most recent role as ‘Manny’ Joey Longo alongside Melissa Joan Hart on Melissa & Joey.

For the second time in a row, ESPN’s Mike and Mike in the Morning host Mike Greenberg will join Kelly Ripa as guest co-host, ready to discuss the day’s latest news. Kelly said his wife will also appear, so that should be interesting!