Caroline Rhea is a stand-up comedienne, actress, and television host originally from Montreal, Quebec, Canada. A show biz veteran, Caroline has appeared in television shows such as “Sabrina the Teenage Witch,” and even hosted her own daytime talk show, “The Caroline Rhea Show.” On “Live With Kelly” August 2, Caroline will appear for an interview with the hosts. 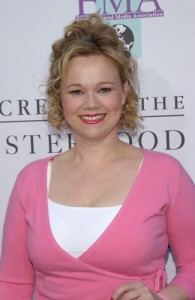 Joey Fatone got his start in show business as a member of the popular boy band (and pop culture phenomenon) N*Sync. Along with his band mates– which include Justin Timberlake and Lance Bass– Joey was one of the best-selling artists of his generation. Since that time, Joey has appeared on reality shows such as “Dancing with the Stars,” in which he placed second. Currently, Joey is hosting the Live Well Network show “My Family Recipe Rocks.” On “Live With Kelly” August 2, Joey will stop by to discuss his new food-themed show.

All week long, we’ve learned about some best-selling diets from the experienced doctors who have created them. On “Live With Kelly” August 2, Diet Week will continue when the hosts learn about a brand new diet that you can try at home to lose weight and achieve a healthier, happier lifestyle.

Singer, actor, and TV host Nick Lachey will join Kelly as guest co-host for the second day in a row. Nick is a former member of the all-boy pop band 98 Degrees, which has sold over ten million albums world-wide. Nick has also hosted such television shows as “Taking the Stage” and “The Sing Off.” Nick is also an expectant parent with his wife, Vanessa Minnillo– maybe he’ll have another baby bump picture to share on the show!