Recapo Update: This episode of Live! with Kelly and Michael has aired. Click the links below to read an interview with the new Man of Steel:

On June 10 2013, Kelly and Michael kick off the week with the most wanted man in America – Henry Cavill. The star of Man of Steel is sharing his secrets to getting Superman’s body and what he thinks about the ladies crushing on him. Also, new band Little Mix performs their hit song, “Wings.” Then, from America’s Got Talent, Howie Mandel brings laughs to cure your case of the Mondays. 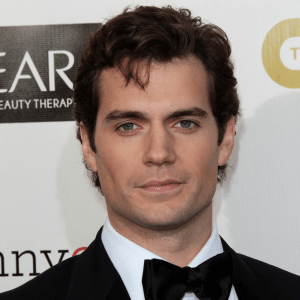 On June 10 2013, Henry Cavill discusses his summer blockbuster, Man of Steel, and how he got in Superman shape. Little Mix performs their single “Wings.” (s_bukley / Shutterstock.com)

It’s no secret that women love a man in uniform. When Henry Cavill donned the Superman “S” on his chest, he started turning heads and making hearts flutter. While we haven’t seen him do much more than fly around and look meaningfully at Amy Adams (Lois Lane), he’s causing a huge stir in Hollywood. Christopher Nolan’s Man of Steel is already anticipated to be the biggest film of the summer.

Amy Adams has been spreading the Henry Cavill love all over the place. She thinks highly over her co-star and has had a crush on Superman since she was little. How will the Lois Lane and Clark Kent love story pan out in Man of Steel?

Little Mix reminds me of girl power group Play. They have excellent vocal stylings and their harmony is killer. It really doesn’t matter what they are singing when their voices kill it on the radio. Their song “Wings” is the musical equivalent of “sticks and stones may break my bones, but words can never hurt me.” Of course, it’s not as cheesy. Little Mix performs their hit single on June 10.

Get ready to laugh, because one of the funniest men in America is coming to Kelly & Michael. Howie Mandel is judging America’s Got Talent again and he’s bringing some talent judges with him. Mel B from The Spice Girls, Heidi Klum and Howard Stern make up his team on season 8. Howie talks about what to expect from this new season and what having four judges instead of three means for the competition.

Check back here on June 10 for our take on this episode of Live! with Kelly & Michael.