The long-running and popular medical drama Grey’s Anatomy will soon premiere its ninth season. One of the show’s stars, Sara Ramirez, will tell us all about it on Kelly & Michael September 27! For seven seasons, Sara has played Dr. Callie Torres, an orthopedic surgeon, on the hit show which also stars Ellen Pompeo, Patrick Dempsey, and many more. 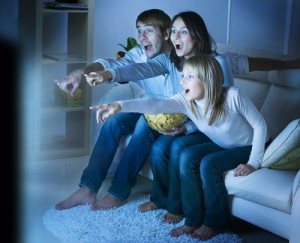 Sara Ramirez was born in Mazatlan, Mexico, later emigrating to the United States with her mom, settling in San Diego. The Juilliard graduate is also a TONY award winner for her role in the comedy musical Spamalot. Don’t miss Sara Ramirez spill secrets on the highly anticipated new season of Grey’s Anatomy on September 27.

Kelly & Michael: Lana Parrilla “Once Upon a Time” Interview

Lana Parrilla is an actress originally from Brooklyn, New York. She is known for her many television roles on shows such as Lost and 24. Currently, Lana stars as the Evil Queen/Regina Mills on the ABC fantasy series Once Upon a Time.

Set in the fictional town of Storybrooke, Maine, Once Upon a Time follows a woman, Emma Swan (played by Jennifer Morrison), who enters a parallel universe where fairy tale characters live in the real world due to a powerful curse. The show is set to premiere its second season on September 30 2012, so for all of the exciting details, don’t miss Lana Parrilla when she joins Kelly & Michael September 27.

It’s National Dog Week, and Kelly & Michael September 27 will get in on more of the canine-themed fun. For more information on how to keep your dog happy and healthy, catch another segment on Bow Wow Week. Plus, keep an eye out for some adorable pups that you can adopt and give a great home.