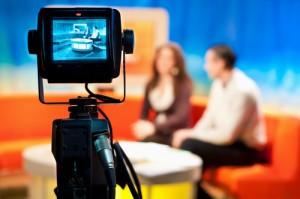 Emmy Award-winning actor Terry O’Quinn is well known for his role as the mysterious castaway John Locke on the long-running ABC series Lost. Now, Terry will be just as mysterious on his new show 666 Park Avenue. The sinisterly-titled series stars Terry and Vanessa Williams as a wealthy couple who own The Drake, a luxurious building on the Upper East Side of Manhattan where you most definitely would not want to live! For more information on the exciting new supernatural series 666 Park Avenue, don’t miss Terry O’Quinn on Kelly & Michael September 26.

Bow Wow Week continues on Live! with another informative segment on our favorite canine companions. On Kelly & Michael September 26, we’ll learn important tips on how to keep our dogs both fit and healthy.