Recapo Update: This episode of Live! with Kelly and Michael has aired. Click the links below to read an interview with Neil Patrick Harris:

Kelly Ripa and Michael Strahan are keeping the fun going this June by inviting Neil Patrick Harris on the show to talk about the final season of How I Met Your Mother. Then, Rose Byrne is stopping by to talk about the big year she has in store for 2013. Finally, Kelly and Michael are bringing the audience what they want in the form of a Barenaked Ladies performance. 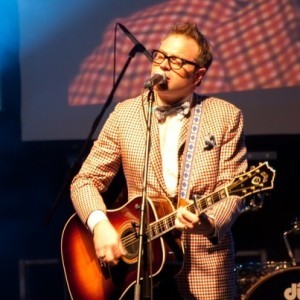 Kelly & Michael June 4 2013 is talking with Neil Patrick Harris about the final season of How I Met Your Mother and the Barenaked Ladies are performing.
(Paul McKinnon / Shutterstock.com)

Neil Patrick Harris: How I Met Your Mother Finale

Rose Byrne is stopping by to talk with Kelly and Michael about her role in The Internship, where she will be co-starring alongside Vince Vaughn and Owen Wilson. But that isn’t the only movie she has coming out this year. She is also starring in Insidious Chapter 2, a scary movie about about demons and other unworldly creatures. If you like scary movies, I suggest watching Insidious.

I didn’t even know the Barenaked Ladies were performing again but it looks like 2013 is going to be a big year for them. Their newest album, Grinning Streak, release June 4 2013 while their newest single, “Boomerang,” has been playing on the radio for some time now. The band has even announced a nationwide tour to go along with the new album.

Make sure to tune into Live! with Kelly and Michael to see a performance from the Barenaked Ladies to get all the information you need about the final season of How I Met Your Mother. If you miss any part of the show, stop back at Recapo for a complete recap.