Recapo Update: Here are the links to the segments.

Kelly Ripa and Michael Strahan are going to have a really fun day on December 17 2014. James Franco will be coming by the show to sit down and talk to Kelly & Michael about his movie The Interview. I’m not too sure about this movie, so it’ll be interesting to hear more about it from Franco. Plus, Quvenzhane Wallis will be visiting to talk about her new version of the musical Annie. She’s incredibly talented and Annie looks adorable, so I’m really excited about this interview. Kelly & Michael are going to have two great guests, so it should be a really good day. 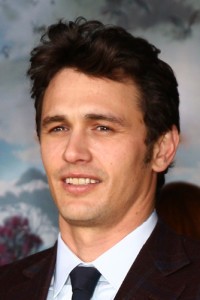 James Franco will talk to Kelly & Michael about ‘The Interview.’ (Helga Esteb / Shutterstock.com)

James Franco will be stopping by the show to sit down and talk to Kelly & Michael. He’ll be talking to Kelly & Michael about his movie The Interview, which also stars Seth Rogen. Then plays two guys with a talk show that Kim Jong Un is a fan of. He invites them to North Korea to do an interview, and the CIA decided they want them to kill them. It looks really funny, but I’m not sure if it’s my thing. It seems like it might go a little too far for me. I’m interested to see what Franco has to say about it and to learn more about it though. The Interview will be in theaters on December 25 2014.

Then, Quvenzhane Wallis will be talking to Kelly & Michael about her new version of the musical Annie, which Cameron Diaz and Jamie Foxx already came by to talk about. It looks really well done and really adorable, so I’m excited to see it. I’m also excited to hear how they updated it. Wallis is insanely talented. I loved her in Beasts of the Southern Wild, and she was just nominated for a Golden Globe for Annie, so I’m really excited for her interview. It should be a lot of fun. Annie will be in theaters on December 19 2014.