Recapo Update: This episode of Live! with Kelly and Michael has aired. Click the links below to read an interview with Bret Michaels and to get a delicious macaron recipe:

Michael Strahan is finally back from his vacation which means no new co-hosts this week. Either way, their June 17 2013 episode is going to be one to remember. Bret Michaels is the sole guest on the show so you know there is going to be a lot to talk about with him. Hopefully he performs some music as well. Then Kelly and Michael are continuing their search for the best food truck food with their Truckin’ Amazing Cook-Off and they have another contestant ready to cook up some delicious food. 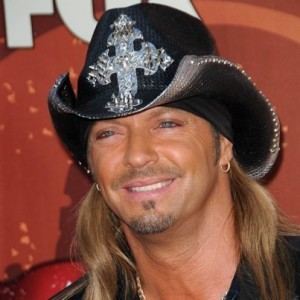 Kelly & Michael June 17 2013 sit down with Bret Michaels to talk about his new show Rock My RV and they try another food truck concoction.
(s_bukley / Shutterstock.com)

Earlier this year Bret Michaels recently a new album called Jammin’ with Friends, a collaboration album he recorded with some of the biggest names in the music industry. He has songs with Peter Keys, Miley Cyrus, Jimmy Buffett and even Lil Jon, plus many more.

Hopefully he performs on the songs on Live!. He might he surprise the audience by bringing a guest with him for the performance.

Bret Michaels sure loves a good reality show. He has already been on enough. He is continuing his reality star legacy with his new show Rock My RV, a show where Bret Michaels turns old rundown RVs into some of the coolest vehicles on the road.

On a random side note, did you know Bret Michaels has a line of pet clothes at PetSmart? The pet apparel line is called Pets Rock.

Kelly Ripa and Michael Strahan are continuing their search for the best food truck food and they have another contender ready to cook up something delectable. They have already tried some awesome foods like a cheesesteak ole recipe and healthy quesadilla recipe, so this next dish better step up their flavor game.

Make sure to tune into Live! with Kelly and Michael June 17 2013 to find out what food truck recipe they are trying next and to see an interview with Bret Michaels. If you miss any part of the episode, stop back at Recapo Monday afternoon for a full recap of the episode.