Recapo update: Here are the segments from this show.

Live with Kelly and Michael is all new again this Friday, as the Countdown To Christmas nears its end. Don’t miss a visit from Arbitrage star Richard Gere, and see what The Love Chef is cooking up right before Christmas. Plus, see a special performance from the Disney On Ice team, just for TV! 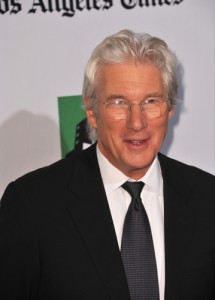 Richard Gere is one of the most enduring actors of a generation, and his work as a leading man in the ‘80s and ‘90s made him a household name. Now he is back in another film that is sure to garner Oscar buzz. Get ready to go inside the world of Arbitrage when he visits with Kelly and Michael on their December 21 show.

Richard Gere doesn’t often make the talk show rounds, but surely fans will be excited to see him right before the holidays. Don’t miss this interview to find out about one of the most anticipated films of the year. Is this a movie you can share with your family on Christmas?

Kelly and Michael Countdown To Christmas: The Love Chef

The Love Chef is in the kitchen with Kelly and Michael for one of the final shows before Christmas. Learn how you can create your own holiday treats that make great homemade gifts to share with neighbors and friends in the final days of this holiday season.

Whatever you have planned for the holidays, a little baking is always in order, even if you are just making cookies or a pie for your own family to enjoy. Just the smell of something baking in the oven is enough to change moods and put smiles on every face.

Finally, Kelly and Michael are inviting the cast of Disney On Ice: Rockin’ Ever After to perform from their popular show. This seasonal performance is fun for the whole family, so be sure to check out this preview on Live with Kelly and Michael December 21 2012. Then find out where to see the show live in person.

If you miss a minute of Friday’s show, check Recapo to read all about. We’ll have complete details on Live with Kelly & Michael December 21, so be sure to check back.