Whitney Cummings co-hosted Live! with Kelly and Michael with Michael Strahan and they went over the biggest headlines in the news this week. 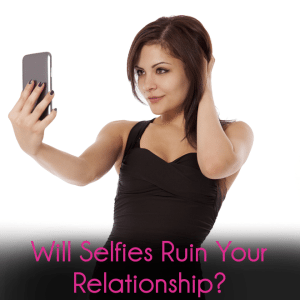 Two of the funniest headlines today, a Paco fish in Sweden is attacking men and a Chinese man drunkenly almost shipped himself to America.

Michael Strahan was fascinated by this morning’s headline of a Chinese man accidently shipping himself to America. The man was extremely drunk and climbed into what he thought was his bed and breakfast hotel. Turns out it was a shipping container. He awoke sealed up in the container on a ship. He ended up 18 meters (59 feet) in the air! Luckily, his cell phone was working and he was able to call for help. The crew looked through thousand of containers before finding him. He never got to America, but if he thought that was a B&B, I’m seriously concerned.

Do You Take Selfies? It Could Hurt Your Relationship

A poll found that people that take a lot of selfies have bad relationships. Relationship experts recommend having a social media talk about photos and cutting each other out of them. You should share the frame with your loved one in order to keep them in the loop. Whitney said that it’s a big move to add a person to your Instagram.

“You’ve got to both want to the same filter,” Cummings joked.

Officials in Sweden are warning men to wear tight swim trunks. A fish called the Paco is attacking the private parts of men swimming in the area. The Paco has creepy, huge teeth that you don’t want anywhere on your body. Why he has an affinity for the nether regions is yet to be found.

Some of Virgin Atlantic’s flights in the UK are going to include stand up comics on the flights. Whitney gave a shout out to the airline, saying she was available and lonely. Please hire her.