Kelly and Michael both had a hard time getting around New York City yesterday since the President was in town. Kelly said no matter where she went she was behind the Presidential caravan and it reminded her of the time her husband Mark ruined a video she was trying to take with the kids and the President.

She said she got stuck in front of the caravan once and she called to tell her husband she would be late for dinner. As they watched the police escort go by, Kelly told her kids to get out of the cab and stand by the marker blocking off the street so she could get a video of them waving at the President’s bus. Just as the bus was going by, Mark finally called Kelly back and she missed the video. 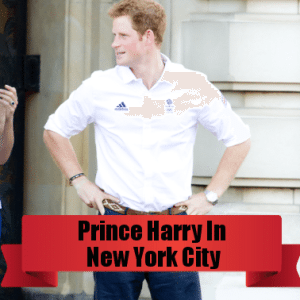 Kelly and Michael talked about Prince Harry and President Obama visiting New York City and they also looked at a report about how eating bugs can curb obesity. (image credit: Mr Pics / Shutterstock.com)

Kelly and Michael may have more trouble getting around the city today after Prince Harry gets into town. Michael said the prince is visiting some of the cities hit the hardest by Hurricane Sandy and he is also raising money to start a soccer program there as well.

Kelly figured with Harry’s good looks and his philanthropy there are going to be a lot of women wherever he goes. He would probably be the only prince to marry an American commoner.

Nine Out Of 10 People Prefer Mealworm Meatballs Over Normal Meatballs

With the cicadas finally coming out of their 17 year hiatus this year, Kelly and Michael said New York City is going to be covered with these bugs, which could be a good thing depending on how you look at it.

Kelly recently read an article that discussed how eating insects has been shown to improve health and lower obesity. Some European restaurants are putting bugs on their menus, one study showed larva pudding had positive psychological effects on the eater and one blind taste test found nine out of 10 people preferred eating mealworm and meat meatballs opposed to meatballs strictly made with meat.

“Who wants to eat a bug unless you’re on Survivor?” Michael asked, although he did eat some questionable “bits and pieces” of some kind of animal when Andrew Zimmern stopped by the show. He had to answer that question when Kelly pulled out some BBQ flavored larva to try although she and Michael were too scared to try it. Luckily a few members of the audience tried the larva and both of them said they tasted pretty good. One of the men who tried the larva was eating them throughout the entire show.