One of the Top Teacher Week finalists, Anne Marie Rooney, had the chance to throw out the first pitch at a Yankees game the other day and Kelly thought it was great she was being recognized for being a special education teacher.

“The special ed teachers tug at my heart,” said Kelly, adding that  it is a calling to be that good of a teacher and only a few special people are blessed with the patience it takes for the job. 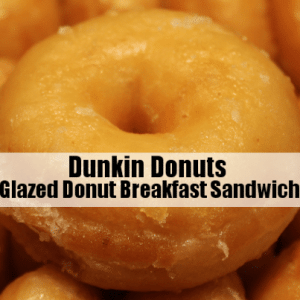 Although the sandwich doesn’t come out until Friday, the crew whipped up the sandwich in the studio for Michael to try, since Kelly said no way, but he wasn’t too happy with it. He said it was just okay. He really didn’t like the sweetness of the glaze mixing with his bacon and eggs.

A mother in Scotland said she was happy when she gave birth to her third set of twins. The mother, who already has a set of twins aged 12 and another aged 14, said she and her husband were overjoyed with their third set.

Don’t worry about it happening again though. Kelly said the odds of having three sets of twins is around 500,000 to one.

Deb Nadolny was the lucky fan who had a chance to win a vacation to Tradewinds Island Resort but she almost didn’t get the trivia questions correct. She couldn’t think of the answer and then she just blurted out the right answer. See if you can it questions correct .

How many years did Michael Strahan say his parents were married? – 56 years.