Over the weekend, late night talk show host Jimmy Kimmel wed his girlfriend Molly McNearney. Kelly Ripa got to go, and was bragging about it and dropping names. She saw Howard Stern, Jennifer Aniston and Justin Theroux were in attendance. Kimmel married in Ojai, California under a big tree in a very ethereal setting.

Mark Consuelos, Kelly’s husband, married Howard Stern and his wife. They were all very moved by the wedding and the venue, so Consuelos offered to renew the Sterns’ vows right there. But Kelly said her husband doesn’t have a license to marry in the state of California.

Also in attendance were Matt Damon and Ben Affleck. The funny thing is that Kimmel always jokes he ran out of time for Matt Damon, and was in a secret relationship with Ben Affleck. 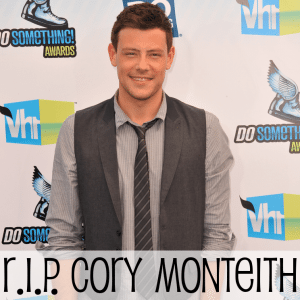 “He invited his mistress to the wedding,” Michael Strahan gasped.

Kelly was sad that she missed Matt Damon rocking a baby the few days before the wedding. She also got to see Ellen DeGeneres, Portia de Rossi, and Jennifer Garner. Ripa said that everyone had babies and there were about 27 kids in the wedding party.

Kelly said she boogied the night away with the Hollywood elite. She said that everyone was better looking that the rest of us. Ripa was impressed by Molly McNearney‘s dancing, but Jimmy Kimmel and Howard Stern had a slow dance.

“Jimmy and Molly had the first dance, and then Howard Stern cut in,” Ripa said. “Just like at your wedding!”

While Kelly was cutting a rug, Michael Strahan was hearing about the devastation of Sharknado. Strahan read a headline that asked, “Can It Happen in New York?” Kelly hoped it could happen.

A water spout could shoot sharks out of the water and throw them around the city, Kelly thought. Social media really set Sharknado off. Strahan said that now we’re prepared in case Sharknado does happen.

Another congratulations were in order for Halle Berry and Olivier Martinez. The couple is expecting a baby boy together and they wed in a private ceremony this weekend. This will be Berry’s second child, she already has a daughter named Nala.

I hate that I just had to write that headline. It’s devastatingly sad to hear that Cory Monteith, who played Finn Hudson on Glee, passed away this weekend in Canada. He was alone in his hotel room and the cause of death is unknown. They are waiting for the autopsy reports to come in.

Monteith was 31 and dating Lea Michele, his Glee on-screen love interest. He had recently gone to rehab for drug addiction and had a past of drug abuse. Michele was supportive during Monteith’s struggles and setbacks. She encouraged him to go to rehab and talked like he was the love of her life.

Cory Monteith had a promising career ahead of himself. He was getting ready to return to shooting Glee and was touted as one of the rising talents in Hollywood.

Michael Strahan brought up another heartwrenching story from the weekend. Trayvon Martin‘s killer, George Zimmerman, was declared not guilty. Kelly Ripa teared up when she talked about Trayvon Martin’s mother and picturing her own son, who is 16 and likes to wear hoodies.