When Kelly Ripa brought up nude beaches and asked who in the audience were against them, about half of the audience clapped. She asked this question to provide context to a global survey that found Americans are actually pretty okay with nude beaches, which she was surprised at because when she wears a certain kind of dress, she will get thousands of letters from people saying that they can see her nipples, which they aren’t happy about.

Kelly & Michael: 17 Percent Of Germany Is Okay With Nude Sunbathing 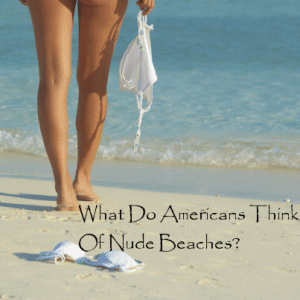 A survey was recently done showed a good percentage of Americans don’t see a problem with nude beaches.

These statistics brought to mind a vacation her and her family went on to Corsica, where they stumbled upon a nude beach. In a picture taken at the beach entrance in front of a sign depicting nude beach goers, her sons were absolutely beaming with excitement at the prospect of a nude beach, so it looks like they were part of that 25 percent. Kelly also happened upon a nude sailor that was boating in the area when she was kayaking around the island. It was a very awkward moment for her trying not to look like a shocked American.

Having grown up in Germany, Michael said that nude beaches weren’t really a big deal to them because he grew up around them. There were even local swimming pools that would host nude nights. However, if the guys got a little too “excited,” they would quickly be kicked out of the pool. As Kelly said, that’s a lot of pressure! It can happen by accident, y’know!

Michael also added that a lot of the times you go to nude beaches, there are a heck of a lot of people there that you wouldn’t want to see nude. “Aw, man. This is not what I came here for!” joked Michael.

Live!: Are Speedos Okay To Wear On The Beach?

Speaking of beachwear-related statistics, another survey revealed that 52 percent of the world thinks that Speedos are totally acceptable beachwear for men (Michael was very clearly part of the remaining 48 percent of the world on this one). Michael stopped Kelly short and just told men that it was important to let your boys breathe!