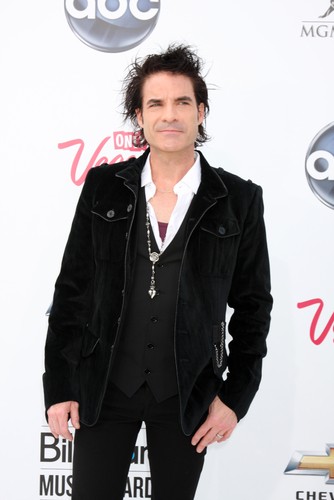 Train performed their song “Bulletproof Picasso” on ‘Live! With Kelly & Michael’ and announced their upcoming tour, which they were very exited about. (Helga Esteb / Shutterstock.com)

The band Train came by Live! With Kelly & Michael for a performance. Kelly Ripa and Michael Strahan were so excited for them to come by that they came out to their song and started singing it during their host chat at the beginning of the show. I don’t listen to Train too much, but I’ve always liked what I’ve heard and I was really excited for their performance. They came by to play “Bulletproof Picasso,” but they also teased on their website that they had a big tour announcement that they were going to share on the show, so it was all very exciting. Train has won Grammy. Their new CD Bulletproof Picasso is available now.

Train performed their song “Bulletproof Picasso.” It was a really fun song with a great sound. But it had a really emotional meaning. Pat Monahan sang about how he tears easily and how you should be glad he’s real. It was all about how his love interest didn’t care for him, but he says what he means and means what he says. It was a really good song.

Although I don’t listen to Train too much, I’ve always enjoyed them when I’ve heard them. They just seem really genuine. I really enjoyed this song. It was all about how we should be glad for each other and how we should say what we mean. We don’t need a reason for how we feel. And it was also just a great performance. I liked that they had lights going in the background. I definitely think I’m going to listen to them some more now.

Kelly said it was so cool. They sounded terrific and it was amazing. They had an exclusive announcement. They’re kicking off a tour with The Fray in May 2015. It’s called the “Picasso at the Wheel” tour. They’re going to be on tour forever, but this tour is going to be through July. It was really exciting. They seemed really excited by their tour, and they’re obviously really great live, so this was a really exciting announcement. I really liked them.