Kelly & Michael’s last guest on was the musical duo MKTO. They had quite an interesting start to their musical career. They were actors who became best friends. They decided to pursue music, and now they have a hit song. And they’ve certainly proved that they’re multi-talented. They can really do it all. Their album is available now.

MKTO performed their hit song “Classic.” Thy both sang with a band in the back. One of them, Malcolm Kelly, also rapped in the middle of the song. It was a really good song. And they both had great voices, though Tony Oller did most of the singing. 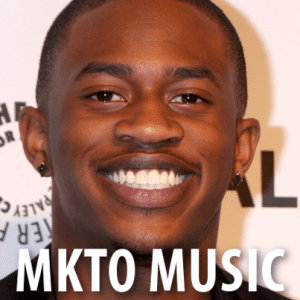 “Classic” is about a girl that they like and how wonderful she is. She’s not like all the fake people in the world these days. They sang about how the girl is a classic in a world that’s turning into a world of plastic. The song compared the girl to a bunch of famous women and talked about how great and beautiful she was.

It was a very catchy and upbeat song. It was definitely easy to get into. It’s just really positive, happy, and simple. It’s just about a girl that they like, but it’s just sweet and happy.

Kelly & Michael thought “Classic” was a great song. They talked to MKTO after the performance, which is comprised of Malcolm Kelley and Tony Oller. Malcolm was on Lost and Tony was on Purge.

But they met during a different job. They were on a show together and became best friends. They love that they are able to perform with their best friend. That makes it a lot more fun. They realized they could play music together a year into the show they were on together, which was the Nickelodeon show Gigantic.

They started putting their songs onto YouTube, and things took off from there. They’ve become popular and have been promoting their music. In fact, they came to Kelly & Michael from Australia. They just flew in a few hours ago. Kelly & Michael announced that MKTO will be headlining a tour this summer.