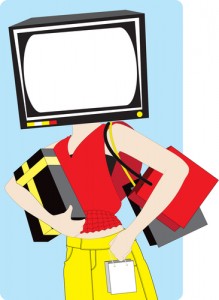 Bridgit Mendler performed her latest hit “Ready Or Not” for the Live! With Kelly & Michael audience.

Actress Bridgit Mendler currently appears on Disney Channel series Good Luck Charlie. The young Disney star has also had roles in Wizards of Waverly Place and the Disney Channel movie Lemonade Mouth. Like many Disney stars before her, Bridgit is also a singer, and released her debut album Hello, My Name Is… in October 2012. Hello, My Name Is… features many hit singles including Bridgit’s latest,  “Ready Or Not.” Bridgit made her Live! performance debut and took the stage to sing “Ready Or Not” for Kelly, Michael, and the audience.

Bridgit Mendler: “Ready Or Not” Performance

Bridgit sang “Ready Or Not” with her live band. She has a very soulful voice, as Kelly later remarked, and the song is a very fun pop hit. Bridgit’s style is reminiscent of Carly Rae Jepsen, or even another Disney star turned singer, Demi Lovato. Check out Bridgit’s performance below.

When she finished performing, Bridgit was joined by Kelly & Michael. “You’re so amazing!” Kelly told her, and said that Bridgit’s soulful style is very unexpected. Bridgit admitted that some people are surprised by the way she sings. However, she considers it a good thing, because she likes surprising people.

Bridgit has a very busy career between singing and acting, but she’s now adding student to the mix. She has recently enrolled at USC, but she’s starting off slow with just one class. She’s not sure which subject she’ll choose yet, because she’s interested in a lot of different things. However, she is interested in possibly studying French. It’s also practical because she’s taking a vacation to France with her family soon. Bridgit is also in good comapny; two of her band members also attend USC.