For his entire life, Clive Owen has been a David Bowie fan, even going so far as to tell Kelly Ripa and Michael Strahan that Bowie had more of an influence on him being an actor than anyone else. He said it was Bowie’s ability to continually reinvent himself that inspired him the most. It was Bowie who inspired him to be more artistic and to follow his artistic nature.

And now Owen is passing on his love of David Bowie to his daughters. He said they love watching documentaries about the singer.

Clive Owen is a big fan of futbol telling Kelly and Michael his favorite team is Liverpool. Although they didn’t have the best season this year, he is staying positive about how they will play next season. 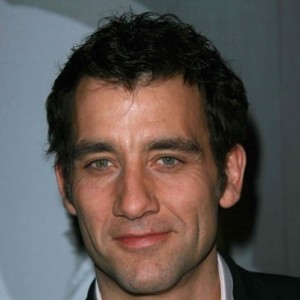 Clive Owen revealed that David Bowie inspired him to act more than any other person and discussed his new role in Shadow Dancer.
(s_bukley / Shutterstock.com)

Hopefully we get to see him painted their colors while at the stadium someday. He used to get dressed up in the whole “kit” when he was a kid, but he said he doesn’t do it anymore.

The newest film Clive Owen is starring in is the James Marsh directed drama/thriller, Shadow Dancer.

The film takes place in 1990s Ireland. The premise of the movie follows a MI5 agent who has caught a women working with the IRA who has failed at planting a bomb on a train. The agent offers the women the chance to help him shut down the IRA or she can go to prison for life. Owen said there the movie follows the woman as she becomes an informant for MI5.

“It is dangerous and tense,” said Owen of the move.

( He won an Academy Award for his movie Man on Wire. If you have not seen that movie, a documentary, you have too. It is by far the best documentary I have ever seen.)

“The premise was so tight and gripping that it felt ready to shoot with no discussion about changes or adaptations to the script,” said Owen.

Shadow Dancer opens this Friday, May 31 2013, in theaters everywhere.