The winner of So You Think You Can Dance came by to talk to Kelly & Michael. First they showed a clip of the winner being announced and it was Ricky. They had confetti flying and everything.

They then announced Ricky Ubeda and he started dancing right way. He’s definitely incredibly talented and it looks like he puts all he has into his performances. His moves all seem incredibly technical and he just gets everything right. He really makes use of everything. “That was crazy. I mean how is that even possible?” Kelly said. Michael said it was amazing. “You better work,” Kelly said and Ricky laughed. 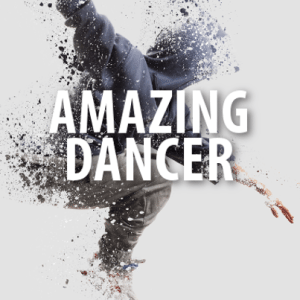 Ricky Ubeda, the ‘So You Think You Can Dance’ winner, came by to perform on Live! (markos86 / Shutterstock.com)

Kelly asked if Ricky had any bones in his pelvic region and asked how he opens up the way he does. He said it took a lot of work, which is clear. He’s very flexible. He’s been dancing since he was eight. He started by doing hip-hop, but “Miami booty shaking hip-hop, not real hip-hop.” Then he started technique and ballet when he was 12. His routine he did was more contemporary though.

Kelly & Michael: Ricky Ubeda So You Think You Can Dance

Kelly asked him if he was ever injured because dancers’ bodies suffer so much. He said that with SYTYCD, a lot of the contestants get injured because you’re body gets into such a fragile place after so many weeks, but he didn’t. “Thank God,” he said.

He had learn over 20 or 25 dances for the show throughout the season and they kept getting harder and harder. He said the second week they gave him the waltz and he cried. It was the hardest thing that he’d ever done. It’s so hard but they make it look so easy. Kelly said that he makes everything look easy.

Kelly & Michael: Ricky Ubeda On The Town and Tour

Part of Ricky’s prize is that he’s going to be in the Broadway musical On the Town now, which is very exciting. He said that’s another dream of his. It’s incredible. Kelly said that she’s going to see him and Michael said it’s well deserved. The So You Think You Can Dance tour kicks off on October 1 2014 in New Orleans.