Kelly, Michael, and the Live! audience were happy to welcome Academy Award winning actor Morgan Freeman to the show. Morgan was recently awarded another impressive honor which he discussed with the hosts, right before diving into the mysteries of his new film, Now You See Me. 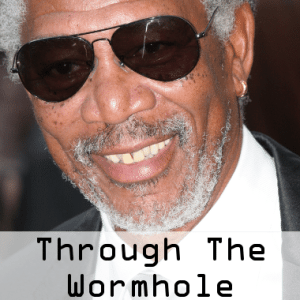 Morgan Freeman discussed his science series “Through the Wormhole” and his new film “Now You See Me” with Kelly & Michael. (cinemafestival / Shutterstock.com)

Did you know that Michael and Morgan have something in common? They are both doctors! Honorary doctors, that is. Morgan actually has five honorary doctorates, with his latest coming from Boston University. Morgan said that his speech went very well, although as Kelly pointed out, Morgan’s voice is so distinct and fantastic that he could recite the alphabet and make it sound profound!

Morgan is the host and executive producer of the series Through the Wormhole, which Kelly and Michael both find fascinating. The show deals with questions of science, space, and other mysterious subjects. Each episode poses a question like, “Is reality real?” and examines unknown topics like the origin of the universe.

Morgan Freeman: “Now You See Me”

In the new caper film Now You See Me, Morgan Freeman plays a former magician who becomes a “magical debunker.” But is he a good guy or bad guy? That’s kind of difficult to classify. According to Morgan, he’s kind of “sleaze-otic,” a word he invented just for his character.

“The whole thing about magic is that it’s not magic if you tell people,” Morgan emphasized. Kelly and Michael checked out a clip from the film of Morgan unlocking the secrets to a complicated magic trick, alongside co-stars Mark Ruffalo and Melanie Laurent, who unlocked the secrets to a complicated magic trick. The film’s cast also includes Jesse Eisenberg and Woody Harrelson. You can catch Now You See Me in theaters on May 31 2013.