Kelly & Michael: Neil Patrick Harris How I Met Your Mother

The final season of How I Met Your Mother will be airing late this year and Neil Patrick Harris said it was pretty emotional to finally have the show come to an end. But he was excited they had a chance to make a clean end to the show instead of just dragging it out and leaving everyone with tons of questions. 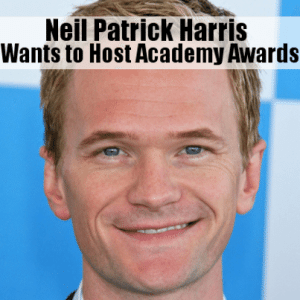 Kelly and Michael talked with Neil Patrick Harris about the final season of How I Met Your Mother and revealed he wants to host the Academy Awards.
(s_bukley / Shutterstock.com)

Neil Patrick Harris is turning 40 June 15th but he already celebrated with his partner David Burtka. Apparently Burtka created a cross-country, week-long scavenger hunt for Neil Patrick Harris and he made him go on the hunt three months before his birthday so he would be extra surprised.

Neil Patrick Harris said it was amazing. He said people everywhere were handing him video clues, from the massage therapist where he got a massage in Las Vegas to the airline stewardess when he got off the plane. Even Kelly Ripa was a part of the plan. She was so nervous about being a part of the scavenger hunt that she didn’t talk to Neil Patrick Harris for six months because she didn’t want to let the secret out.

“We had to plan fake trips to confuse him,” said Kelly, adding that everyone was so worried about blowing the surprise at the end of the week long scavenger hunt that no one said surprise when he walked into the party.

“It was like the Michael Douglas movie, The Game,” said Neil Patrick Harris.

Neil Patrick Harris is hosting the Tony Awards for the fourth time and he is super excited for everyone to tune in this Sunday, June 9 2013. Although he is nervous about the ceremony being live, he said it also adds the fun and gives him chances to improvise.

“It is just important you watch it,” he said.

When asked why he doesn’t host the Academy Awards, Neil Patrick Harris said he would but it isn’t the kind of gig where he can just ask. If they asked him to do it, he said he would.