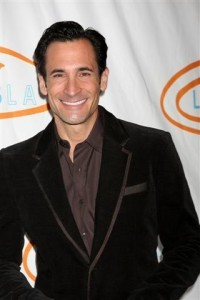 Giselle Otero got a big surprise when Lawrence Zarian arrived on her doorstep to give her a makeover.(Credit: Helga Esteb / Shutterstock.com)

Giselle Otero works from home, is the mother of three kids, and spends most of her life in pajamas. That sounds exactly like me, except for the kids part. When Lawrence Zarian knocked on the door, no one was home, so he had to wait for her to return.

When she arrived home, she was definitely surprised by the ambush. She shared her daily routine of getting the children ready for school before getting a T-shirt or pajamas on, before getting to work as an accountant.

She enjoys the flexibility of working from home, because it allows her to be there for her children.

After a break, Lawrence Zarian and Giselle Otero had completed the makeover and were in the show’s New York City studio for the big reveal. After the makeover, Giselle looked like a completely different person.

Following her experience, Giselle is sold on her new look and won’t be defaulting to pajamas anymore. Giselle also got some new makeup and a stylish outfit to complete her transformation.

Giselle had never colored her hair, so the hairstylists cut off about ten inches, added more volume, and used a vegetable dye. Lawrence Zarian explained that vegetable dye lasts three to six weeks and is ideal for women who want to try out but not permanently commit to a new hair color.

Want to win a six-night trip for four to Hawaii? Visit livewithkelly.tv and use today’s keyword, “snorkel,” for your chance to win one of five trips for four.