Felicia Tubbs was the next mother to get a makeover on Live!’s New You in New York Makeover segment. While I thought the first makeover they did this week was the best, I have to change my tune and say Felicia came out looking the best so far. 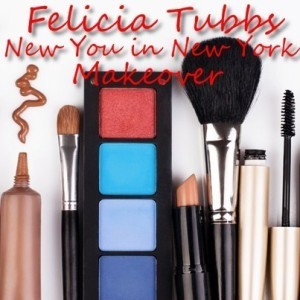 School counselor, Felicia Tubbs, was the next woman to be chosen for a makeover during Kelly and Michael’s New You in New York Makeover week.

The 38-year-old mother of four, who works as a school counselor, wrote in to Live! saying she needed to do something different with her style. She told makeover specialist Lawrence Zarian she was stuck in a rut and she wanted to get out of it. She wanted a new hairstyle, some new clothes and she was ready to do what it took to get the look.

When Felicia came out from backstage, she looked like a whole new woman. Michael Strahan was so excited he was making some strange noises. He might have been hungry.

When Felicia came out, the first thing she said was that she felt fabulous and gorgeous and she was so thankful Kelly and Michael gave her a makeover.

So how did she get the look she loved? Zarian said they cut off all her hair into a perfect pixie cut. He then added some color to the base and highlighted her hair with some lighter blonde colors. The process took some time though. He reminded everyone in the audience if you want to color African American hair then it is imperative you let the hair rest for two weeks before adding the highlights.

For her makeup, Zarian gave her some light coral and bronze colors and dressed her in a sleeveless blouse dress. When she brought her husband up, Michael said he was wondering the whole time why the guy in the front row was smiling so big the entire show. He was excited to see his wife.