Mike Greenberg: ESPN’s Mike and Mike in the Morning

As Mike Greenberg sat down to c-host with Kelly this morning, he felt comforted by the presence of a Cubs hat in the audience. He is not a Cubs fan, but he’s happy to see any sports memorabilia. Mike is the co-host of ESPN’s Mike and Mike in the Morning with Mike Golic.

Mike told Kelly that she had already gotten him in trouble: his wife saw a pair of cute shoes backstage. They happened to belong to a staff member named Jan, whom Kelly called “our very own Jennifer Aniston,” because she is in such great shape. However Jan, who hates attention, quickly ran and hid from the camera. 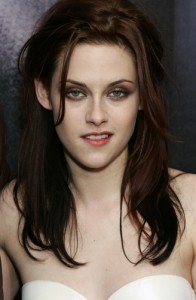 Mike told Kelly that, even though he has been doing sports television for over twenty years, he gets his most recognition by women from his appearances on Live With Kelly. He said that every time he appears on her show, everyone marvels at how nice she is.

Kelly remarked that his ESPN co-host, Mike Golic, must be “secretly seething.” Mike agreed, and said that the other Mike is a former NFL player and used to getting all the attention.

The last time Mike co-hosted with Kelly, the show’s guest was Olivia Wilde, a frequent fixture on the Maxim Hot 100 list. The most recent edition of the annual list was just released, and this year, Olivia is number 4.

Today’s guest, Kristen Stewart, came it at number 15. Mike declared that an inquiry should be launched, because it’s hard to imagine fourteen women who are hotter than Kristen Stewart. Number one this year is Israeli supermodel Bar Rafaeli, number two is actress Olivia Munn, and other names in the top ten include Mila Kunis, Malin Akerman, and Jennifer Lawrence.

Kelly asked Mike if his wife gets jealous when he fawns over other women. Mike replied that she doesn’t get jealous, she “gets even.”

Tomorrow’s guest is Kristen’s co-star in Snow White and the Huntsman, Chris Hemsworth. Chris is known for his super-heroic role as Thor. Mike called himself “the homeless man’s Thor.” His own father, even, looked up Chris Hemsworth on the internet and told Mike, “you’re just as good looking as him, but please don’t take your shirt off.”

Mike and Mike: Dancing with the Stars Bet

On their morning show, Mike and Mike create bets for each other which feature extremely embarrassing terms for the loser; for example, the other Mike once had to get his legs waxed. When Mike Greenberg recently lost a bet, he had to perform as if he were a cast member on Dancing with the Stars. He put on a sparkly jumpsuit and danced with one of the show’s pro-dancers, Anna Trebunskaya. They even showed a clip of Mike, performing a not-so-suave number.

Mike complained about the presence of the “onesie snaps” on the top part of the outfit. He called it “riding the tour de france with no padding.” Kelly revealed that women are familiar with this sensation, thanks to thong underwear and bodysuits. However, she said she kind of enjoys it.

Speaking of The Avengers… Thor is one of them, but another famous superhero is the Incredible Hulk. Apparently, a man in Brazil wanted so badly to look like the Hulk that he painted himself completely green. However, he used industrial paint instead of body paint, and the color would not come off. His family and friends had to spend hours scrubbing him, with what appeared to be a toilet brush. Mike pointed out that he doesn’t think that any of his friends would help him in that situation.

Live With Kelly: Peeing In The Pool

Kelly read another study that said 1 in 5 adults admit to peeing in pools– and, as Kelly said, the other four are probably lying. Mike admitted to being very “germy,” as in, very afraid of germs. When he was having work done on his house, he designated one bathroom for the workers to use, and when they were done, he changed out the toilet seat. Kelly called him a snob.

On Spring into Spring trivia, a viewer won a trip to San Juan, Puerto Rico by correctly identifying David Beckham as the first male cover model of Elle UK. Of course, this prompted Kelly to show the picture one more time. An audience member also won some Lenox China.

During the inbox portion of the show, Kelly and Mike read some viewer emails. One viewer sent in a picture of his coin-filled toilet bowl. Someone also claimed that her husband had to wear a onesie while playing college basketball, to which Mike replied, no way. Lastly, a viewer complimented the face Kelly made while talking about adults who pee in the pool.