For those who’ve ever dreamed of sitting next to Kelly as guest co-host, the “Live” Coast-to-Coast Co-Host Search is looking to make one lucky viewer’s dream come true! Last week, the Co-Host Finalists were narrowed down to five, and on “Live with Kelly”  July 16, they appeared to make their case as to why they should be chosen.

All week long, the potential co-hosts will appear on the show in order to perform challenges that will eliminate one person each day until a winner is determined. However, the final voting is up to you, so pay attention! Here are your five Co-Host finalists, who each appeared alongside a life-sized cut-out of Kelly in the first challenge, “The Gift of Gab.” 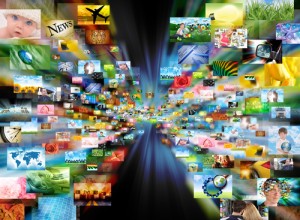 Mikey, who doesn’t sound much like a New Yorker (he has a British accent) appeared to chat about why he should be chosen as co-host. Mikey described his military service, and thanked his great sense of humor for getting him through.

A typical California guy, Rory Kramer came out to talk about his six nieces and nephews that bring joy into his life. He also made a case that’s pretty hard to deny: “I love my mom!”

Markette had all the cheer and perkiness of a true morning talk show host! She said that she loves getting up early, even on weekends. Plus, next Tuesday– which is the day that the winner will host– is her 32nd birthday!

Michael Buckley is a YouTube star with a lot of personality. He joked, “it’s my birthday on Tuesday, too!” He gave some fun facts about himself so that the audience could get to know him; his dance inspiration is Beyonce, and his favorite Kardashian is “none of them.”

5. Will Tant from New York, NY

Will (who happens to look a lot like Mark Consuelos) appealed to the audience’s belief in fate. Since his mom’s open heart surgery two years ago, he believes that fate has brought him to be a potential co-host. I guess we’ll see where fate takes him!

After reading about the five fantastic finalists, it will be hard to choose, but there can only be one winner: make sure to visit the “Live with Kelly” site to make your pick!