On Live with Kelly & Michael, Michael Strahan shared that he had enjoyed a fun dinner in celebration of Yom Kippur. He was invited by a good friend, and the table was filled with lots of pro athletes, such as Jason Kidd and Joe Johnson. Michael said that it was pure comedy to watch a bunch of giant athletes try gefilte fish for the first time! Happy Yom Kippur!

Actually, Michael kind of enjoyed the gefilte fish. Kelly said that she would like to try gefilte fish, because usually she enjoys things are considered to be “an acquired taste.” She even likes the Australian delicacy Vegemite. 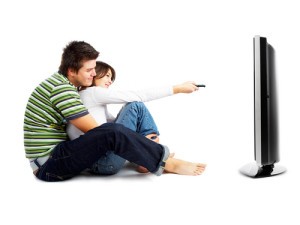 However, Kelly will need to wait a while before she tries any new or adventurous foods. Last night, she had to undergo emergency dental surgery when she popped out a filling.

The brand new season of Dancing with the Stars: All Stars has just begun, and the first elimination has already taken place. Unfortunately, blonde bombshell Pamela Anderson was the first star to be sent home. Michael was surprised because “she’s so sexy.” However, as Kelly said, “sexy can only get you so far!”

We’ve all heard of synchronized swimming. But what about synchronized flushing? In Zimbabwe, the second largest city in Africa, citizens must synchronize their toilet flushing in order to avoid clogs. Kelly and Michael both wondered, how does that work? Is it timed? Either way, Michael said, “I would not want to be a plumber in Zimbabwe.”

If you’re looking for a new career path, why not try dog costumes? A new study has shown that people who don’t dress up themselves are more likely to dress up their dogs for Halloween. Recently, the amount of pet costumes sold has doubled.

Michael’s ex-wife used to dress up their dogs, and he just felt sorry for them. Kelly loves Halloween, and loves dressing up Chuy. One year Chuy was a ballerina, one year she was a fairy princess, and one year she was a devil dog.

St. Jude Children’s Hospital is an incredible organization that helps children with cancer and their families. The best part is, a family is never turned away if they can’t pay. Michael shared a behind-the-scenes look at a new PSA he filmed with some of the St. Jude children. He wanted to emphasize what a great charity it was, and of course, encouraged everyone to help. Other celebrities involved inlude Ellen DeGeneres, Jon Hamm, and Jimmy Kimmel.

A viewer won a great trip to the Morgan Bay Beach Resort in St Lucia when she remembered that Jimmy Fallon won an Emmy award for his hosting duties on Saturday Night Live. Plus, an audience member won a gift card to Cooking.com.