In their host chat, Kelly and Michael discussed Kelly’s idle threat to cancel Christmas for her kids, the new Easy Bake Oven for boys, and the prospect of Tim Tebow leaving New York after this football season.

Kelly Ripa said that her two older children fought all morning long and were calling her from the bus to complain about their disagreement. She said she was trying to be patient, but she ended up snapping and telling them they have lost their phone privileges.

She said it made her frazzled when she arrived to do the show this morning. She said she was unsure who was right, so she punished them both. She also threatened to take away Christmas for the kids, which is probably something she won’t follow through on.

Even Gelman knows that Kelly can’t be Grinchy enough to cancel the holiday. As for Joaquin, who was not involved in the fight, he made a gingerbread house in religion class. Check out Michael’s skepticism from host chat. 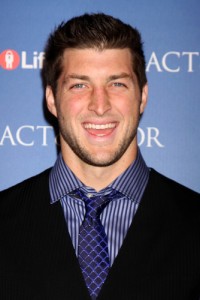 Kelly Ripa also had the latest news about an enduring childhood toy, the Easy Bake Oven. Michael admitted that he played with them at friends’ houses growing up. Kelly reported that a 13-year-old girl got Hasbro to make a gender-neutral Easy Bake Oven so boys can feel good about baking as well.

Michael was excited too, because now he can get an Easy Bake Oven for himself. What was your favorite childhood toy?

Recently, Michael Strahan garnered a lot of attention for modeling meggings (leggings for men) on the show. One viewer said her husband wanted to know what shoes to wear with them.

Michael admitted that they were comfortable, but figured they would be hard to work out in. Gelman said they would keep you warm and are good for working out. Michael had some different ideas about what is appropriate for men’s athletic fashions.

Kelly reminded everyone that leggings are not pants, which is honestly a public service, because some people don’t know. She suggested wearing them with “an appropriately long shirt.”

News continues in the wake of the Sandy Hook tragedy. A company that owns a stake of the manufacturer behind the guns used in the attack wants to divest itself of the gun business. Meanwhile, President Barack Obama is pushing for gun reform in the form of an assault weapons ban.

Michael Strahan praised the country for maintaining a national dialogue in the aftermath of the devastating events.

Michael was bummed to report a New York Daily News story that Tim Tebow might leave the New York Jets if the team sticks with McElroy as its quarterback for the remainder of the season. Tebow is probably feeling passed over.

According to the team, Tebow’s teammates don’t think he is good enough to be QB1. Michael said his throws aren’t the best, but he did have a winning track record in Denver. Michael suspects that Tebow will leave the team when the season ends.

Kelly Ripa recalled going to the Vanity Fair Oscars party in early 2012. She was surrounded by celebrities, and her friends were shocked she didn’t know who Tim Tebow was. Kelly said she wouldn’t recognize him without his helmet on.

Then her friends tricked her into turning around and staring directly in his eyes. She thinks she startled him, and I guess he has never been on the show to sort things out.

Recently, Instagram updated their policies to inform users that their pictures could be used for commercial or advertising purposes, without their consent or compensation. Users, including celebrities, revolted.

As a result, the company has walked its statements back and is updating them again. Michael Strahan didn’t seem too impressed, but said he plans to stick with the service. Kelly said she isn’t on Instagram, but her daughter is.

Kelly’s daughter takes pictures of food and other people’s cats, apparently. Instagram users do seem to take an alarming amount of food-related pictures. Have you used it? Do you still plan to use it, or are you quitting after hearing this news?

Kim Gold of Highland Heights, Ohio, was the day’s trivia caller. She was playing for a trip to the Westin Diplomat Resort and Spa in Hollywood, Florida.

On what short-lived 1999 television series did Seth Rogen star? Kim knew the answer was Freaks and Geeks, so she won her trip. A member of the studio audience also took home a Fandango gift certificate for movie tickets.