Kelly Ripa and Michael Strahan both returned for a Monday morning show after relaxing weekends away. Michael enjoyed the sunny weather with golf and a trip to Boston to catch some basketball. Michael sat front row at the Knicks vs. Celtics game, and although the Knicks lost, he still had lots of fun.

Michael shared a picture that a friend took from the front row. Michael is jumping up out of his seat to shake a player’s hand, and he looks like a little kid. Kelly referred to it as a “fan moment,” sort of like when Joaquin met Mickey Mouse for the first time! 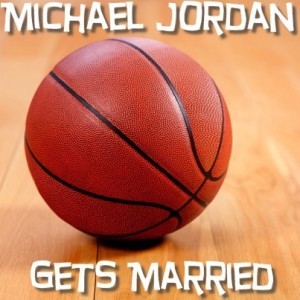 Kelly Ripa and Michael Strahan chatted about their weekends, The Great Gatsby and Michael Jordan’s nuptials.

Michael also had the chance to catch some new movies. He attended advance screenings of both The Great Gatsby and Iron Man 3, two of this season’s most anticipated releases. Lucky Michael!

Fortunately, both movies were great. Michael is excited to chat with The Great Gatsby star Tobey Maguire when he stops by the show next week. As for Iron Man 3, Michael has decided that he wants to be Tony Stark. He’ll get to chat with Robert Downey, Jr. on tomorrow’s show.

Like many high school kids, Kelly remembers reading The Great Gatsby in ninth grade. Because she was so young, she decided to go back and re-read the classic novel as an adult. Now, she’s found a new appreciation for the beloved work of literature. She highly recommends that everyone give The Great Gatsby another chance as an adult.

However, Michael pointed out what some people will most likely say: “Why would I read it – there’s a movie!”

Kelly and Mark spent their weekend away at their vacation home on Long Island. Joining them for some well-deserved R&R were their good friends Gretchen and Willie Randall. They discovered a box of old DVDs and realized that they were home movies of all the Consuelos kids’ births (although there were no cameras allowed “down there” at the time).

Kelly marveled at how young both she and Mark looked, and how much their three kids “looked like Elvis” when they were born. All the kids had dark hair and long sideburns. It was also nice to relive memories with good friends, whom Kelly and Mark have known for many years now. The walk down memory lane had everyone sobbing during “an emotional weekend.”