For anyone who’s still not over daylight savings, Kelly & Michael shared some important information from the March issue of Experience Life magazine. According to a new study, even one hour of sleep lost per night can lead to some very unpleasant conditions, including floppy eyelids, hair loss, hearing loss and vision loss. 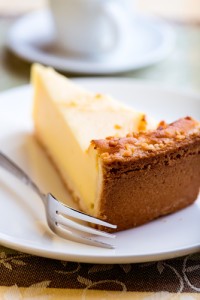 Kelly & Michael discussed the most ordered desserts, the dumbest 311 questions and scary movies.

Maybe the people in the next story were suffering from lack of sleep. When New Yorkers dial 311, they reach an information hotline. However, some New Yorkers don’t always use the number correctly. Some of the dumbest 311 questions include: Does medicaid cover surgery for cats? Who won American Idol? Can you claim your dog as a dependent on your taxes?

Kelly explained that watching a scary movie can actually help you lose weight. It’s possible to burn 130 calories while watching a 90 minute horror film. Kelly’s oldest son Michael is a horror buff, so that explains his skinny physique.

Kelly does like scary movies, as long as they don’t have a lot of violence. Michael won’t watch scary movies because he watched too many as a kid. Both Kelly and Michael were traumatized by Jaws. After her mother took her to see it in theaters, Kelly was afraid to sit on the toilet for years.

However, Michael is tempted to check out a new horror film that, unfortunately, he forgot the name of. He recently saw a trailer that detailed a hide-and-seek game gone wrong and of course a scary basement. Does anyone have any idea what movie he was describing?

Kelly & Michael shared a list of the most ordered desserts in America. Kelly’s favorite sweet treat is carrot cake, which she and I share in common. Michael, on the other hand, is a self-proclaimed chocolate cake connoisseur. Here are the top five most popular desserts. Did your favorite make the cut?

Annette won a trip to the Grand Lucayan Resort in the Bahamas while playing March Into Spring Travel Trivia. She correctly answered the following question: What special title was Ryan Reynolds given in 2010? The answer is Sexiest Man Alive. An audience member also won a set of Lenox China.