On the Late Show, Dave reported on superbugs found in the US meat supply and what happened when the AP Twitter account was compromised. 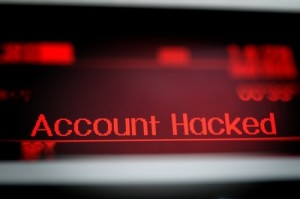 A government report found that more than half of the meat in the US could contain antibiotic-resistant superbugs. What can be done about this? The Late Show recommended Scotts Turf Builder and Superbug Killer.

I’m pretty sure chemicals are how we got into this mess in the first place, but what are we going to do if this becomes an even more serious problem?

Republican Arizona Senator Jeff Flake was honored as the Late Show’s Stooge of the Night. He voted “no” on gun control legislation, shortly after speaking out in support of background checks. Letterman said Flake reminded him of Gomer Pyle.

The Associated Press AP Twitter account was hacked just days after false messages were tweeted from the account of 60 Minutes. These Twitter attacks are on the rise lately, which means you can’t believe everything you read.

The stock market dropped based on the false news about a bogus attack on the White House. That inspired the Late Show team to come up with the night’s top 10 list.