David Letterman shared his less-than-infectious excitement about Super Bowl 47, as well as a Top 10 list about Notre Dame’s Manti Te’O, the top 10 signs you have an imaginary girlfriend. 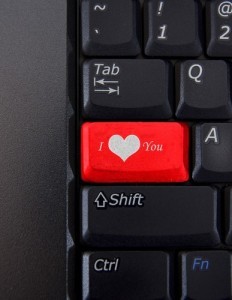 Though not a comprehensive list, as a public service, David Letterman shared the Top 10 Signs You Have An Imaginary Girlfriend, in honor of Manti Te’O.

In advance of Super Bowl 47, Dave claimed that CBS asked him to help promote the big game. He had some stagehands bring out a bright green screen to set up behind his desk. On it, a football stadium was projected.

Dave put on his best announcer voice in what started out as an earnest promo for the Super Bowl. The game, which occurred on February 3, unleashed jokes about the “Pigskin Network” and “Super Bowl Funday.”

Notre Dame’s college football team was ranked #1 until they were unseated handily by Alabama. However, Manti Te’O is getting more attention off the field for his fake girlfriend. I guess they had to rerun this show now, because no one will remember it come summer.

When his fake girlfriend pretended to die, he got the game ball. But then she came back to life, “and now Lance Armstrong looks like a Girl Scout compared to this guy.”

Will Manti Te’O still be drafted by the NFL?

David Letterman: Top 10 Signs You Have An Imaginary Girlfriend

To help Manti and future potential victims avoid this situation, the Late Show compiled a list of the Top 10 Signs You Have An Imaginary Girlfriend.