For the Late Show, David Letterman shared another study conducted on rats, which found that the animals can feel the emotion of regret. This sounded like critical research to Dave. He pointed out that there is a dumpster in the alley behind the theater, where a rat sometimes eats rotten Chinese food. 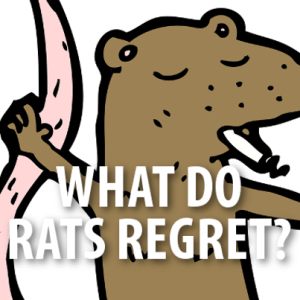 New research indicates that rats are capable of feeling the emotion of regret. This inspired Late Show with David Letterman to list the Top 10 Rat Regrets. (lineartestpilot / Shutterstock.com)

There was some good news regarding comedian Tracy Morgan, of 30 Rock and Saturday Night Live fame. Morgan and others were injured when a Walmart tractor trailer crashed into their limo bus early on the morning of June 7; one passenger, comedian James McNair (aka Jimmy Mack), was killed in the accident.

As of June 9, Letterman shared an update that Morgan had a broken femur, broken nose, and several broken ribs. He is expected to be in the hospital for a few weeks, but has been showing signs of improvement.

“We certainly wish you and your family the best,” Letterman said. “That’s awful and too bad, and you never know.” Morgan has been a frequent guest of Dave’s over the years. He previously endured an organ transplant.

It was time for the night’s Top 10 list. Are you ready to see these jokes? Can you believe that rats are regretful or can feel contrite? Based on this scientific conclusion, David Letterman shared the Top 10 Rat Regrets.