Home > Late Show with David Letterman > Late Show Interviews
When you buy through our links, we may earn an affiliate commission. As an Amazon Associate we earn from qualifying purchases. Learn more.

What would go through your mind if you broke your leg? That was the inspiration for the night’s top 10 list, from college basketball player Kevin Ware. Speaking of things that are broken, Lindsay Lohan is scheduled to make an appearance on Late Show soon.

David Letterman is counting down until Lindsay Lohan’s scheduled appearance on the Late Show, slated for April 9 2013. But in the Late Show Guest Countdown, Dave predicted that she would cancel the day before, citing “exhaustion and dehydration.” 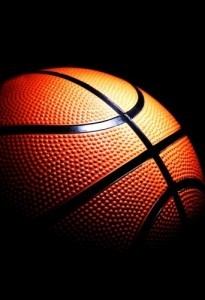 David Letterman talked with college basketball player Kevin Ware, who fractured his tibia during a game. Ware delivered a Top 10 list about the incident.

It has been called one of the most upsetting events in televised sports history. March Madness is wending its way toward a finish line. Last weekend, Kevin Ware snapped his tibia on the basketball court.

Ware plays for the Louisville Cardinals, and despite his devastating injury, he encouraged his team to play on. They ended up winning the game.

Via satellite from Atlanta, Georgia, where the tournament’s final rounds will unfold this weekend, Kevin Ware was on the Late Show.

He was taken from the court to the hospital, and his first priority was to get in touch with his mother. “The last thing I remember was them telling me my teammates were up four,” he recalled.

Ware said he has not seen the video of his injury and does not plan on watching it. He anticipates that he will make a good recovery and maybe come back to the sport eventually.

The Cardinals are in the running for the championship title in the final four round of the March Madness tournament. We will know soon who will claim the college basketball crown.

Kevin said that he is pushing himself to get back up and has been practicing walking on crutches. As for the pain level, he said that he went in shock when he saw the initial injury.

His ordeal inspired the night’s Top 10 list, which Kevin Ware himself delivered from Georgia.