Sony recently announced its new PlayStation 4, and to preview the new system for the first time on television, Hermen Hulst from Guerrilla Games visited Late Night with the upcoming game Killzone: Shadow Fall. When is the Playstation 4 release date?

Actor Anthony Anderson was also on hand to get a demonstration. The PlayStation 4 has a new controller with a touch screen for easier menu navigation. 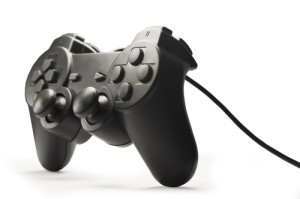 Jimmy Fallon had the first televised demonstration of the new PlayStation 4, with a redesigned controller, interactive features, and more memory.

The new game Killzone: Shadow Fall is coming out on the PS4, which has a lot more memory and speed. It has approximately 16x the memory of its predecessor, PS3. That can lead to higher definition, more developed characters, and deeper worlds.

The game also has a slow mode that can enhance the game experience and make it more fun to share it with friends in the game system’s new interface.

Late Night host Jimmy Fallon had a chance to try out the newest Killzone game, but he will need some practice, because he took a lot more hits than the game developer.

Then Anthony Anderson took the controls, and he had a lot more trouble with the controller. He nearly died in the game, but the expert was on hand to save the day, ending the demo by jumping on a helicopter to escape.

When can you get your hands on the latest game system, PS4, and the newest Killzone game? They are scheduled to be released in time for the 2013 holiday season, so you can start saving up now if you are a huge gamer.