Katie Couric is continuing her week of celebrating powerful women by inviting the four women of Push Girls on her show to talk about overcoming tremendous odds to do what you want with your life. 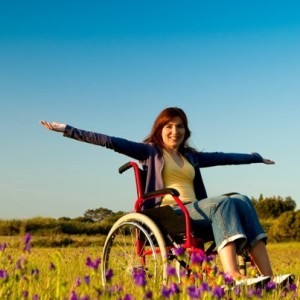 Katie Couric June 20 2013 talked with the cast of Push Girls about how they have overcome tremendous odds and Abbey Curran’s pageant for disabled women.

Push Girls is a reality show on Sundance Channel that follows the lives of four women, all paraplegics from the neck or waist down, who are not letting their disability get in their way of living the life they want to live. The show follows them through their relationships and the journeys each of them take to fulfill their dreams of becoming actresses and advocates for other paraplegics.

While talking with these four women Katie learns that some of them, if they had the chance, might not want to walk again.

She didn’t stop there though. Curran also started her own non-profit pageant for women and children with special needs and challenges. The pageant is called “The Miss You Can Do It Pageant.”

“If you can dream it, you can do it,” said Curran.

Matthew Reeve, the son of Christopher Reeve, is continuing his father’s legacy through spinal cord research and he is stopping by Katie to talk about all about the research research.

She even meets one of the young men Christopher’s reserch could help in the furture.