Before he hosts the Tony Awards, Neil Patrick Harris is stopping Katie to talk with her and why he has moved to New York City. He is also opening up about what is going to happen during the Tony Awards and his awesome birthday gift.

His partner actual sent him on a week-long, cross-country scavenger hunt that took him from California to Las Vegas to New York City and involved the help of all their friends and even a little help from Kelly Ripa. 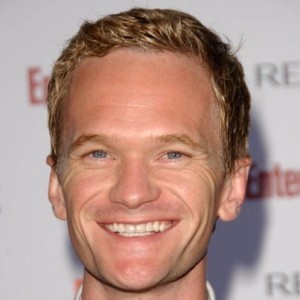 Neil Patrick Harris is also opening up about his plans for Father’s Day this year and he gushes about being a father. He truly does love those kids.

He says he children are vocalizing a lot. When they started crying he just wanted to figure out how to fix the problem. Then the pointing phase came and he still couldn’t figure out what was wrong either. So he’s excited for his kids talking.

As for Father’s Day, Neil Patrick Harris said he and his partner are just hanging with the kids. “We may swim,” he added.

Sigourney Weaver and David Hyde Pierce are stopping by to talk about their award winning play, Vanya and Sonia and Masha and Spike. They also have a little fun while on show and play a few pranks.

Holland Taylor, best known for her role as Evelyn Harper on the show Two and a Half Men, is stopping by Katie to talk about her Tony Awards nominated role in Ann: An Affectionate Portrait of Ann Richards.

Katie Couric closes out her show by dancing with some of the performers from Motown the Musical while they perform a scene from their play.