Are you ready for a new episode of Katie? She is the only one getting exclusive interviews with today’s newsmakers that you won’t see anywhere else. Her guests on the May 2 episode include a mother’s terrifying ordeal and a man falsely accused, Paul Kevin Curtis. 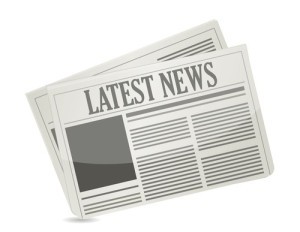 On May 2, Katie Couric is talking to Paul Kevin Curtis, the man falsely accused of sending letters tainted with ricin to a congressman and the president.

It’s hard to imagine yourself in this situation, but these people are proof that your life can change in ways you might never have imagined. You never know what is waiting on the other side of your front door when you start a new day.

A woman said her husband tricked her into visiting him in Egypt, where he kidnapped their son. If your child was taken away from you, how far would you go to get him back?

This woman hatched a dramatic plan to go undercover and save her child. Find out how she did it, and learn the amazing ending to this true story, only on Katie.

This is the type of story that seems tailor-made for Couric’s soft touch and journalistic chops. It’s sensitive subject matter, but it has that element of human interest that Katie can really connect with.

You may have heard the name Paul Kevin Curtis in the news recently. That’s because he was arrested for sending poisonous letters laced with ricin to President Barack Obama. It was a big deal, and a US senator also received a tainted letter, raising even more alarms in Washington.

But the truth is that he was falsely accused. Can you imagine being set up in this type of crime? Find out what he is telling Katie about this true life ordeal and the latest on the investigation. What is really going on?

Find out the latest on these true stories during Katie’s Thursday, May 2 show.