Did Jay-Z and Beyonce get permission for their vacation to Cuba? Who sent President Obama ricin in the mail? Why does toner cost so much? These were all questions on Jimmy Kimmel’s mind. Plus, check out his Cow Wow review of cereal-flavored milk.

Jay-Z and Beyonce celebrated their anniversary in Cuba, even though Americans are not allowed to travel to the country without government permission. In a new track from Jay-Z, the rapper’s lyrics suggest that he was given permission from the president for the trip.

President Obama told the Today Show that the government has better things to do than approve people’s vacations. “We’ve reached an interesting point in our nation’s history, where the president now has to deny things a rapper said about him in a song,” Kimmel concluded. 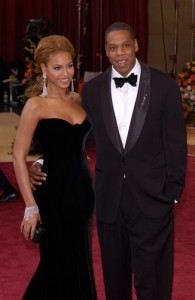 Ricin, a poison derived from beans, was reportedly sent in a suspicious letter to the president and others. Since the letter never made its way to the Oval Office, the president himself was never in contact with the substance.

Another letter was sent to a Republican senator, indicating a bipartisan terrorist. The letters bore the initials KC, which helped the police attempt to narrow down a suspect.

Non-nuclear missiles are lined up on the North Korean border, aimed at their neighbors to the south, at least according to the White House. Jimmy’s Cousin Micki managed to find a silver lining to this story.

She thought it through, and she said that things will eventually make sense with time. “I think the silver lining in this is that this bad thing is happening to make the North Korean people, the nice ones, step up and let their voice be heard,” she said.

Jimmy Kimmel: Why Does Toner Cost So Much?

A New York City man was convicted of stealing hundreds of thousands in copier toner from a law firm where he worked. The man pleaded guilty to grand larceny, but Kimmel said the point of having an office job is the fringe benefit of stolen office supplies. He was selling toner on the black market for well under their value.

That led Kimmel to a pertinent question: why are printers so cheap, but ink and toner is so expensive?

In February, a British man in a Batman costume brought a criminal into a local police station. The man has now been identified, and he reunited with the man he turned in. Together, they attempted to steal thousands of dollars worth of power tools. It turns out this Batman was a criminal!

The American Library Association released its annual list of the most challenged books, on which they received complaints from patrons and readers. Topping the list in 2012 was not Fifty Shades of Grey, but the children’s book Captain Underpants.

Do you drink the leftover milk at the bottom of your cereal bowl? Now you can skip eating the pesky cereal and just drink cereal-flavored milk, thanks to one company’s innovations. It’s called Cow Wow and it comes in multiple flavors. “Mayor Bloomberg has already banned it in New York,” Kimmel joked.

A mountain lion was recently captured in Glendale, California, which can happen when you live in a mountainous region. Neighborhood footage caught the cat on the prowl before it was captured. Doesn’t that mean you should be afraid to go outside?