Jimmy Kimmel recently heard the story of a young man who got in trouble for yelling “bingo” in a room full of bingo-loving seniors. The 18-year-old, Austyn Whaley, was dared by his friends to pop in and yell the phrase. 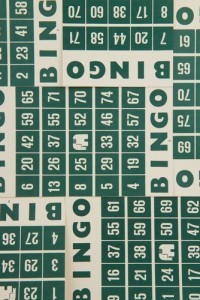 In Kentucky, 18-year-old Austyn Whaley was arrested after yelling “bingo” when passing by a bingo hall. He talked with Jimmy Kimmel about police reaction.

As news footage explained, Austin was pursued by a police officer, and was given a citation because he allegedly alarmed the bingo patrons. Via Skype from Latonia, Kentucky, Austyn gave Jimmy his account of the events.

He explained that the incident happened during Mardi Gras. His friends dared him to walk into the bingo hall and yell “bingo.” Then he left the premises, and he said he is not sure what happened in the room after his prank.

A police officer was working security for the event, and he pursued Austyn and put him in handcuffs. Austyn said he was shocked to be arrested over what happened.

Kimmel wondered whether Whaley was given any chance to apologize or make things right. Austyn said that the police officer was rude and insulted him during the interaction.

Austyn’s mother said that she did not hear about it until the story made the local news. She works nights, and was asleep when her son sprung the story on her.

Now, Whaley is prohibited from saying the word “bingo” for the next six months. He could be fined or serve jail time if he violates the rules.

“With the help of my family and friends, I’ve been able to get through this,” he joked.

The Whaleys seemed to have a great sense of humor about the situation. Jimmy even recruited an expert, Belinda Miranda, a casino bingo director.

Belinda said that she has 19 years of experience in bingo. She explained that players take their game seriously, especially when the prize values are high.

Later this week, Austyn has a job interview at Radio Shack, and he said he will be honest and forthcoming about his criminal past. What’s the craziest thing you did as a teenager?

I don’t know what is more antiquated: a teen running afoul of the elderly or someone working at a Radio Shack.