Confessions and unwanted surprises are ingredients that whip up most episodes of Jerry Springer. After so many years of success, the formula must be working just fine. On the May 7 show, “How Could You Be A Girl?” one woman is getting the surprise of her life. But there are plenty of other confessions waiting in the wings.

Jerry Springer: How Could You Be A Girl? 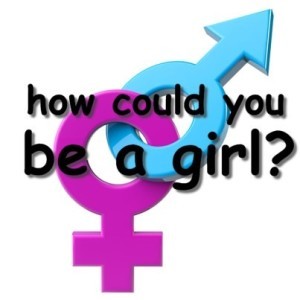 How could you be a girl? That’s what one guest will be asking on the May 7 2013 episode of Jerry Springer’s show. Plus, women face off over a cheating man.

On the May 7 episode, Jerry Springer is talking with Shain, who has something to confess to his girlfriend. Since the episode is called “How Could You Be A Girl?” you might be able to guess what Shain’s secret is.

Shain claims that he is putting his former player ways behind him and that Holly makes him want to change his life. But can she trust him now that she knows he has been keeping a huge secret for so long?

See Holly’s reaction and find out what the future holds for this couple on Tuesday’s episode of Jerry Springer, airing May 7. But that’s not all in store for viewers and guests on the next show.

Jerry Springer: You Stole My Man

Holly isn’t the only one being blindsided on the show. Jerry Springer decides to play translator when one of his guests is too fast talking to get resolution with another woman in her life.

Nikki is taking on the woman who tried to steal her man on the May 7 episode of Jerry Springer. Also on the fight card for this show is a confrontation that unfolds when a man’s own sister turns him in, revealing to his girlfriend that he cheated on her with his girlfriend’s cousin.

That is one confusing family tree, and you can try to figure it out on Jerry Springer’s May 7 episode.