Jerry Springer: You Slept With My Brother?

On today’s Jerry Springer, two brothers have been sharing the same woman. When the girlfriend comes forward to tell her man that she’s been sleeping with his brother, fists fly. The boyfriend is so betrayed that even brotherly love won’t stop him from attacking the other man. 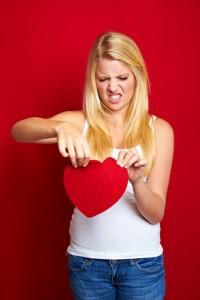 On March 7 2013, Jerry has a rapper dropping rhymes, breakup style.

The br-other man tells the now ex-boyfriend that the girlfriend deserves better than him. This sets the ex off and he tells his brother that he is no longer a part of his life. The ultimate betrayal has ruined this family. Can Jerry help them see the light and bring them back together? If not, Thanksgiving is going to be really awkward this year.

This is creative. Usually we just get confessions on Springer, but one woman steps it up with a rapping breakup.

“Get it through your head, your relationship is dead,” one woman rhymes at the scorned girlfriend. She tells the angry girlfriend that she’s been sleeping with her boyfriend.

“You punch and fight, but when he was with me, it was nothing but a fun night,” she drops another just before getting attacked.

The ladies kick, scream, punch and fight, leaving the audience screaming for more. But the boyfriend caught in the middle will settle the score. He tells the rapping other woman that there is no future between the two of them.

These two are never, ever, ever getting back together.