Jerry Springer: I’m Here To Put a Ring On It

On April 22 2013, Jerry Springer tries to help Katelyn win back the girl of her dreams. Then, CJ gives his girlfriend a very special proposal. Also, Jonathan has to come clean before he puts a ring on it. 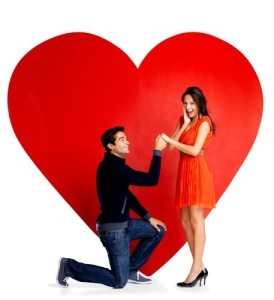 On April 22 2013, Jerry Springer lets his stage become match making central. CJ and Jonathan are ready to propose to their girlfriends and Katelyn wants to find the girl of her dreams.

Jerry Springer: Girl Of My Dreams

Katelyn is on a mission. She wants to win the woman of her dreams, but she needs to come on Jerry Springer to do it. She is about to win her over when a secret tests the limits of her relationship.

Jerry Springer: Will You Marry Me?

Next up, Jerry’s stage becomes the setting for CJ’s proposal. He has plans to pop the questions in a unique and special way, but will his girlfriend approve?

Also on this episode, Jonathan wants to propose to his girlfriend. He’s ready to put a ring on it, but he needs to come clean first. Was Jonathan cheating? And will his girlfriend take him back? If the rock is big enough, maybe Jonathan’s girlfriend will forget his indiscretion. Or maybe she’ll use it to knock him out. Either way, it will be an entertaining altercation on April 22. Tune in to see how CJ’s unique proposal goes and to see if Jonathan’s secret stops the wedding bells.