How do you know whether it is a friendship or something more? Sometimes it appears that you do not, especially when it comes to your significant other. Jerry Springer’s May 13 show is all about couples who have another thing coming. The episode is called “Girl Fights Get Crazy.”

Jerry Springer: You Cheated Before 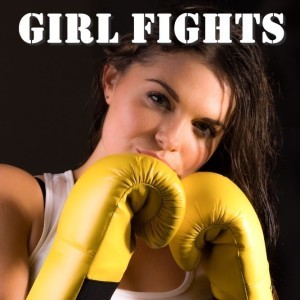 Girl Fights Get Crazy on the May 13 episode of Jerry Springer. Find out why a husband is sorry he rushed into marriage with his young bride.

Neisha is tired of her boyfriend flirting with other women, and she knows he has cheated in the past. But these days, he seems to be paying a lot of attention to a new girl in the mix, Monique.

What is really going on between Dello and Monique? You know it’s nothing good. Tune in for the May 13 episode to see what happens when Neisha learns the truth about their relationship. It is probably exactly as she suspected.

Monique admitted that she has been sleeping with Dello, and now Neisha is going to be out for revenge.

Tyler recently got married, and now he wishes that he and his bride had not rushed into things. Find out what his reservations are, because he wanted to share them in the safety and comfort of a studio audience chanting for a fight to break out.

Can Jerry Springer give Tyler marital counseling? He may just have to step in on the May 13 show. I think that Tyler’s wife might be better off on her own, considering his old-fashioned demands on her.

Nessa is suspicious because she knows another woman visited her fiance while she was out of town on a trip. What were they really up to? I bet you can guess.

All this is in store for guests and viewers on Monday’s episode of Springer, so tune in if you want to start your week off with some Girl Fights.