Iyanla: Fix My Life with Iyanla Vanzant on OWN 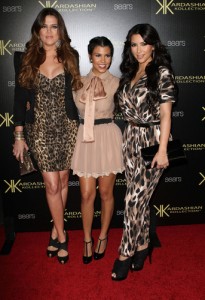 Emmitt Smith and Cheryl Burke to Appear on Dancing with the Stars: All-Stars

Season three winners of Dancing with the Stars Emmitt Smith and Cheryl Burke will hit the dance floor again in the show’s upcoming all-star season. Smith is ready to add another Mirror-Ball Trophy to his collection.

One Year Anniversary of the Kardashian Kollection

Kourtney, Kim and Khloe Kardashian joined Lara Spencer on Good Morning America to celebrate the one year anniversary of their popular clothing line, the Kardashian Kollection.

Academy Award winning actress Susan Sarandon, who has more than 60 movies to her name, sat down with Good Morning America’s Amy Robach to talk about her upcoming roles. Sarandon is in six movies this year, including Arbitrage with Richard Gere.

The 2013 edition of the Guinness Book of World Records hit shelves today, and GMA’s Josh Elliott talked to Stuart Claxton, who is the U.S. Spokesman for Guinness World Records.

According to Claxton, there are 50,000 inquiries to get into the book each year, and there are close to 4,000 records in the book. Good Morning America is even in the book this year for having the most makeovers in 24 hours.

A few of the record holders visited GMA to celebrate. At 44 inches tall, Denise Doorlag’s Great Dane, Zeus, is the world’s tallest dog. Taking Zeus out is not just a walk in the park.

“It’s pretty crazy,” Doorlag said. “Everybody just kind of mobs around him and everybody wants pictures taken with him, they just think he’s awesome.”

At three feet and 8.6 inches, Kazuhiro Watanabe has the world’s tallest mohawk. Watanabe uses three cans of hairspray and gelatin to get it to stay up. He only does the mohawk on special occasions because he has to walk on all fours to get into rooms.