The August 21 2012 episode of Good Morning America featured a food truck cook-off and helpful tips for finding your perfect doctor. 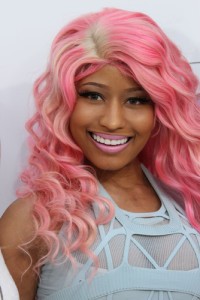 Robin Roberts was named to Forbes.com’s list of Power Women to Watch. The female version of the film The Expendables 2 called Expenda-belles could be coming to a theatre near you. The new co-host of Live with Kelly is set to be revealed soon. Nicki Minaj is rumored to be joining Mariah Carey as a judge on American Idol.

Rosie O’Donnell, who had a heart attack last week, says that taking asprin saved her life. She is urging women to know the signs of a heart attack and to take action if you aren’t feeling normal.

Sabrina Bryan is vying for a spot on Dancing with the Stars: All-Stars. She wants you to vote for her so she can dance her way into your living room. This is the first season that a “viewer’s choice” option is available.

A Vancouver mom tells a tale of of making her daughter’s dreams come true. She created mermaid tails for her mermaid-obsessed daughters to wear in the pool, and now you can own one too.

Robin Roberts: How to Find the Right Doctor

Robin Roberts wants everyone to find someone that is a perfect fit when it comes to choosing a doctor. There are many services available to help and some important questions you should be asking your doctor.

Jessica Chastain is returning to the big screen in the prohibition-era film Lawless. The film also stars Guy Pearce, Gary Oldman and Shia LaBeouf. You can also catch Chastain in Zero Dark Thirty in December.

Tyler Florence, host of The Great Food Truck Race, stopped by GMA to judge a food truck cook off between two New York City trucks, Milk Truck and Schnitzel & Things. Each truck had a little help from Josh Elliott and Lara Spencer.