The Good Morning America September 20 2012 episode featured funny man and new Emmy host Jimmy Kimmel stopping by to talk about his wedding. Ricky Gervais made a new app because he said people on Twitter are ‘idiots.’ Richie Sambora perfroms a song from his new solo album and everyone finds out what Fifty Shades of Chicken is all about. 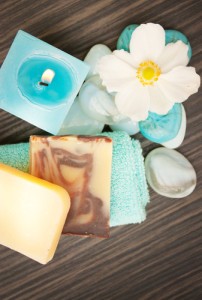 Good Morning America September 20 2012 has a performance from Richie Sambora, Jimmy Kimmel on hosting the Emmy’s and Fifty Shades of Chicken.

Jesse Tyler Ferguson, one of the stars on Modern Family, is engaged to his long time boyfriend Justin Mikita. They are also making boy ties through their Tie the Knot Foundation to help raise awareness for marriage equality. Also, find out everything you need to know about the new recipe book Fifty Shades of Chicken.

GMA: Katy Perry on Top of the World & One Love Danger Assessment App

Katy Perry is on a spiritual journey. But don’t worry she is keeping everyone updated about her adventures on Twitter. Everyone knows you have to take your phone on all spiritual journeys. Katie Couric also stops by to talk about the murder of Yeardley Love and how her mother’s organization, One Love Foundation, is trying to cut down on dating violence using an app.

GMA: Katy Perry on Top of the World & One Love Danger Assessment App

Robin Roberts is getting her transplant today and the host of the Emmy’s stops by to talk about what we might expect at the awards, his wedding date approaching and why he is rooting for Bryan Cranston to win. It isn’t for any reason you suspect. Click the link below to find out the real reason Kimmel wants Cranston to take home an Emmy.

Kerry Washington joins the cast of Good Morning America to talk about her new hit television show ‘Scandal.’ She plays Olivia Wood, the women in charge of protecting the nations elite and keeping their secrets private. Little do they know, she has a big secret herself. Find out what it is by clicking the link below.

GMA: Richie Sambora Performs “Every Road Leads Home To You”

Richie Sambora, the lead guitarist for the band Bon Jovi, stops by Good Morning America to perform the single off his latest solo album “Aftermath of the Lowdown.”

GMA: Richie Sambora Performs “Every Road Leads Home To You”