Ryan Gosling and Eva Mendes are expecting their first child together, along with another A-list couple. The Emmy nominations were announced this morning, and Chris Connelly has some expert predictions and opinions. Plus, Prince William and Prince Harry and their first Google Hangout, a very furry bunny, one woman’s honest opinion about her body after baby, science behind celebrity look a-likes, Deals and Steals with Tory Johnson, Justin Theroux’s new show The Leftovers, and the 5 Alarm Firefighter Competition. Here’s what you missed on Good Morning America July 10 2014. 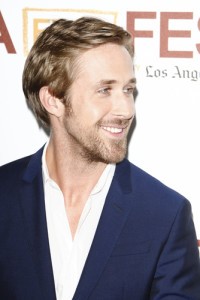 Ryan Gosling and Eva Mendes are expecting a child, along with Robert Downey Jr. and his wife Susan. Princes William and Harry had their first Google Hangout from Buckingham Palace recently. Plus, can you tell what kind of animal is beneath all the fur?

Some women feel great about their bodies after having a baby, but what about the women who don’t? Alex Rodriguez decided to write an honest article about her feelings, and has since received some criticism. Plus, the science behind celebrity look a-likes.

Tory Johnson was on Good Morning America July 10 2014 with some amazing deals. Find out how you can get great deals on Kings of Cole Zodiac Tees and Tanks, Amelia Rose Jewelry, Nancy Zylstra Bracelets, La Soula Jewelry, and LOLO Bags and Accessories.

Justin Theroux was on the show to talk about his new show The Leftovers. Chris Connelly talked about his predictions for the Emmys. Plus, more from the 5 Alarm Firefighter Competition.