Good morning to you, America. June 11 2013 marks the one year mark for Robin Roberts’ diagnosis with MDS. Good Morning America hosted a special performance by The Goo Goo Dolls and Randy Fenoli came to a bride in need’s rescue. The Duck Dynasty family is releasing their own Christmas album and you can now lose weight by eating from the $99 cent store. Also, Seth Rogen lives through the apocalypse with James Franco and Denise Richards has a new show on ABC Family. 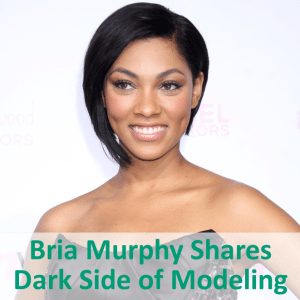 Good Morning America June 11 2013. Bria Murphy shared the dark side of modeling and what she doesn’t like about her dream job. (Joe Seer / Shutterstock.com)

Papa Joe Aviance is the creator of the 99 cent store diet. He’s lost 250 pounds and is going for more! Also, women sleep lighter than men because of their programming. That explains why snoring husbands keep women up at night.

The Robertson clan is releasing an original Christmas album this October title Duck the Halls: A Robertson Family Christmas. The entire family will be featured on the album, announced at the CMA Music Festival.

Randy to the rescue! Say Yes to the Dress‘s Randy Fenoli helped a bride pick her perfect wedding gown, an Alita Graham for Kleinfeld. Eddie Murphy’s daughter, Bria Murphy, is an up and coming model sharing the dark side of the modeling world.

In This Is The End, Seth Rogen had his friends act like the worst versions of themselves. Michael Cera got beat up by Rihanna and Emma Watson stole all of the beer.