Home > Good Morning America > GMA Product Reviews
When you buy through our links, we may earn an affiliate commission. As an Amazon Associate we earn from qualifying purchases. Learn more.

CoverGirl Bombshell Mascara advertises ten times more noticeable eyelashes. However one woman is saying that the mascara didn’t cause her lashes to be luscious and noticeable, as advertised in the commercial that features Sofia Vergara. In fact, Amy Schavolt said the mascara did far more harm than good on Good Morning America. 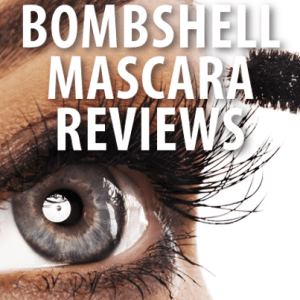 One woman is making headlines after she lost a clump of eyelashes to CoverGirl Bombshell Mascara. (Inga Ivanova / Shutterstock.com)

21-year-old Amy Schavolt used the Covergirl Bombshell Mascara, and the results were shocking. When she removed the mascara with eye makeup remover and a cotton ball, a clump of her lashes fell out. She had bought the mascara within the past month, and had used it a few times before and had a little trouble removing it, but never anything like she most recently experienced.

“I was petrified. I stood in the bathroom for a good five minutes and cried,” Amy Schavolt said on her experience with the mascara. Other customers are commenting online about issues they have with the product. One woman said, “It’s really hard to get this mascara off completely.”

CoverGirl responded to the criticism and complaints, telling ABC News, “…we’ve taken steps to more broadly communicate the need to use an oil-based remover with long-lasting mascaras…” CoverGirl said they are also changing the packaging of the makeup, and have added a tutorial video to their YouTube page of how to successfully apply and remove to makeup.

Good Morning America: Will My Eyelashes Grow Back?

Amy Schavolt worries that her eyelashes will not grow back, however dermatologist Dr. Rosemarie Ingleton said that if this is the first time something like this has happened, chances are that the lashes will grow back, but it will take 7-8 weeks for them to be back to normal.

Amy Robach added that this is the mascara she has been using for the past several months, and her eyelashes are fine. She said she does use eye makeup remover, and that you just have to be gentle.