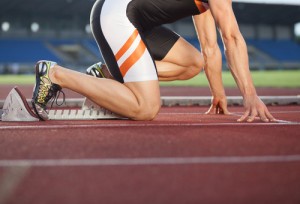 It’s been an exciting London Olympics this summer, with plenty of record-shattering performances.

As of Saturday, August 11 2012, the USA is currently leading the Olympic medal tally with 94 total medals. With 41 gold, 26 silver, and 27 bronze, America is leading the board ahead of China in second place, and Great Britain in third. There are 32 gold medals left for grabs, with the Olympic games closing on Sunday, August 12.

Carmelita Jeter won Gold in the 4×100 meter relay yesterday, leading the USA to its first Olympic gold medal in the category since 1996. Jeter’s time of 40.82 seconds shattered the standing world record.

All eyes were also on South African double amputee Oscar Pistorius, whose team came in last in the dash.

Jamaican athlete Usain Bolt won gold in the 100 and 200 meter dashes, and declared himself the greatest athlete in history. Afterwards, he blasted former US athlete Carl Lewis for criticizing Jamaica’s doping controls, stating that he has “lost all respect for Carl Lewis.”